The Bubble of the Tech Worlds 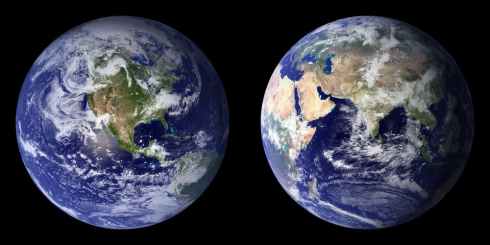 For the past 10 years I lived a double life… kind of like Chuck! During daytime, I challenged my way through Silicon Valley, starting as an intern and working my way to management. During nighttime and weekends, I challenged my way through grad school, pursuing my passion in cognitive and neurosciences. Other than the non-existing social/family life, it was a pretty good arrangement. The two lives I had created did not clash, except for creating a bubble. This was a bubble of dissociation between the tech-world and the non-tech-world. I left that life when I graduated a year ago in hopes of pursuing my own passion and then came Covid19.

The lockdown, along with the challenges it brought, forced me to self-educate on different non-tech topics. The sheer amount of discussions on Twitter got me at first and then came that interview that shifted the whole thing… One of the entrepreneurial YouTube channels I had subscribed to, went off script one day and interviewed an activist. It was the first time that my naïve bubble burst and I felt the deep hatred of the non-tech Americans towards the tech industry… I had no idea. I thought I was helping the humanity. I thought I was a good person. But the world called me the evil-tech.

So I had to investigate… As objectively as I could, I started reading, watching, and interacting with everything that was of the perception of an evil-tech nature. For the next 11 days, I probably went through the 4000 human emotions that are currently documented by cognitive scientists. Eyes wide-open, obsessively my arms went numb, holding my phone, reading documents and watching videos day and night. My bubble had burst and my neurons were firing electrical shocks, striving to find balance by making sense of all that conflicting information that had come my way.

Covid19 made me feel like a total new individual. My whole belief system, along with my values had shifted and evolved. I started referring to myself as Nilo BC (before covid) and Nilo AC (after covid)!

As an example, one of the most recent patents by a giant tech company, created a Tsunami of disturbance among these folks. Curious to find out the reason why, I read throughout the patent and, for the first time, was able to see it through two different lenses:

The tech lens, made me excited out of my mind! The patent was on a cutting-edge cryptocurrency system that was destined to capture brainwaves and body heat during user tasks. As a researcher who proposed, in 2015, how adding additional data inputs in form of human emotions (through brainwaves) had the potential of improving information search systems and artificial neural networks, I was ecstatic to read this patent.

The non-tech lens, on the other hand, made me feel scared and paranoid to my bones! The patent was suggesting sticking micro stuff in my body, to read stuff from my brain cells, for the tech giants to do stuff to my body. It felt evil, intrusive, and the end of the world, as I knew it.

I had seen the disconnect. The non-tech world was terrified of cutting-edge AI and micro technologies, not only because there was a lack of simple communication, but also because there was a deep-rooted fear of perceived violation towards human dignity and rape towards user privacy.

I take no sides. I am officially diagnosed as a lone wolf. I belong to no political, religious, financial, or emotional groups. For now, I am independent. So my only reason to write this article is to help ask ourselves what to make of this.

Are we blindly playing with people’s minds? Are we creating divisions or connections? Are we disconnected from the world such that we no longer feel their fear, we no longer see their pain, we no longer hear their screams? Do we see ourselves as creators or destroyers of this world?

The AI and the micro tech-evolutions are inevitable. But are we blind to the fear of the hardworking non-tech citizens of the world such that, despite our existing user privacy rules, we keep pushing the limit to penetrate further and further into their most private thoughts?

I am wondering whether we should stop to truly deeply think about these questions… more importantly, to stop and have continuous candid conversations. I am not telling. I am asking.